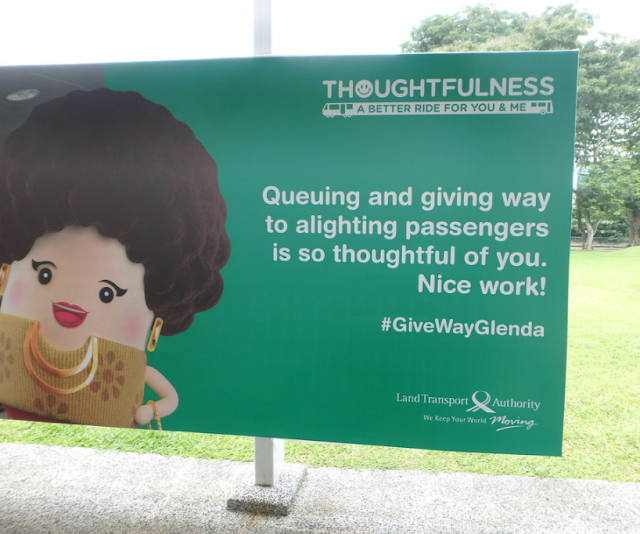 This is just what one would expect to see in China or Japan and it would be understandable in such a country since English is hardly spoken there but in Singapore where English is not just the language used by the Government, the courts of law and all schools and educational institutions but also the common language of its multi-racial inhabitants, such a poster is quite inexcusable.

I predicted years ago that if the Ministry of Education did not get rid of Singapore's disgraceful Speak Good English Movement, the Movement's tentacles of illiteracy would reach every nook and cranny in Singapore. The thick fog of illiteracy is spreading all over the island at a rate that is more alarming than that of the spread of the Zika virus. We now see the Land Transport Authority (LTA) infected by the Movement's disease.  Who else is next?

If you are interested in reading more of the Movement's shocking errors, click on this link for a list of articles on this subject. Don't forget - the Movement says in its grammar book (yes, it has a grammar book which drips with error from every page) that 'Alan and George works as a team' is grammatically acceptable. If you don't believe me, click on the link and read for yourself. Section 1A is a list of all articles about the Movement's blunders and Section 1B is a list of errors made by Ludwig Tan, a consultant of the Movement and the Sub-Dean of the School of Arts and Social Sciences in SIM University (UniSIM).

Email ThisBlogThis!Share to TwitterShare to FacebookShare to Pinterest
Labels: Language